The History of a lighterman

The History of a lighterman 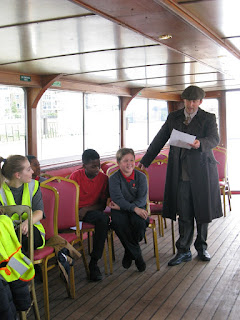 Your master was probably your father and taught you everything about the Thames River, so that you could become a lighterman and work with your family along the Thames River. The lightermen would get quite a lot of money for their work. They would buy fancy clothes, cars and would be called the weekend millionaires by their girlfriends. The lightermen would go to theatres and many pubs to spend their money in.

Some lightermen had trouble remembering the bridges so they would make up a mnemonic to remember the bridges by. One was ‘how pleasant are very long worms when brothers lend them’. That would stand for Hammersmith, Putney, Albert, Vauxhall, Lambeth, Westminster, Waterloo, Blackfriars, London and Tower. But there are many different mnemonics that you can make up. If you would fall in the Thames and you were a lighterman then you would have 10% that you would survive because the water is filled with paint from boats and is poisonous, also you would be wearing big heavy clothes that would pull you down. It would be hard to swim in those clothes. 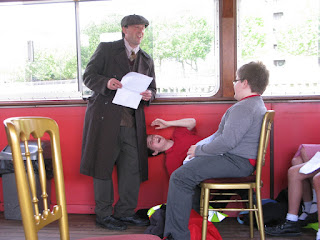 If you were to fall in the Thames then you would have to go straight to the hospital, to get your stomach pumped, to get any water you swallowed out of your body or you may die.

On the 500 year anniversary, there was an event which was the unveiling of a plaque on the Thames path to mark the location of the first Watermen’s hall. The plaque is located just to the east of Cannon street Railway Bridge.